Virtual reality seems to be showing up everywhere. First, it was in arcades and FECs as a fun and immersive means to give guests a thrilling experience. Then during the pandemic, it filled the gap for remote collaboration and distance learning as corporations began giving headsets to employees.

I've been working with virtual reality amusements since the early 1990s. I've seen it come and go a few times. Many people believed this go-around would be the same and VR would descend back into the depths of science fiction and imagination. Those people were wrong.

Advances in technology have enabled engineers and designers to create cost-effective, highly immersive, virtual experiences. Modern VR immerses users inside environments that can be so realistic they fool the brain. More than once, I have tried to lean on a virtual wall or crate only to tumble to the floor, laughing hysterically at myself.

The illusion of reality allows designers to create experiences that blow people away. 90% of those who have tried VR say they want to do it again, according to a June 2021 Morning Brew-Harris Poll. But less than 25% have had the opportunity to try VR, and only 10% of Americans own a VR headset. 29%

Americans LOVE playing video games. According to the Entertainment Software Association, 67% of adults are video game players, averaging 31-years old. Gamers aren't the old stereotype of an antisocial teenager in a mom's basement. 42% of gamers are over 35-years old.

It’s more important than ever to offer amazing experiences people cannot do at home. According to a YPulse survey highlighted in White Hutchinson's blog, for the first time in history, more people prefer to stay home than go out. The right virtual reality game attractions can offer precisely the incentive people need to get off the couch, in their car, and through your doors. 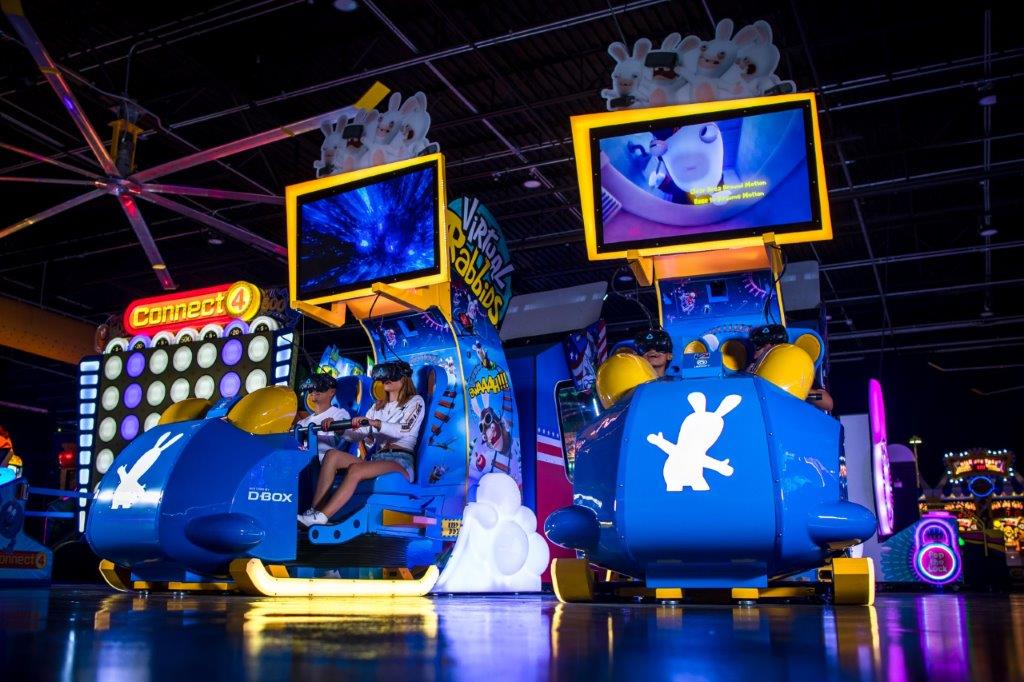 HOW DO YOU SELECT THE RIGHT PRODUCT?

Virtual reality is a complex market. I try to simplify the process. Here are the primary considerations I consider when recommending VR attractions for bowling centers.

The first question is do you want a VR attraction, or do you want to add a VR experience to your arcade?" An attraction is something that can act as a centerpiece; it will not only attract attention within your venue but could even bring in new customers. The options are different if you just want to add some VR games to your arcade to add excitement and increase per-cap spending.

Considering current labor challenges, I recommend unattended VR systems. If you decide to install a system that requires an attendant, then prepare to invest in training that person to make the most of your investment in both technology and labor. I have seen too many attended VR systems sitting idle, taking up prime floor space in arcades because an operator is not able to staff them. Do not fall into this trap. An attended VR attraction requires labor all the time. Do not expect other staff to float there on demand. Customers will walk by, assuming it's out of order because that's what it looks like.

Bowling is inherently competitive. Casual competitive games are a better fit for the psychographic profile of the typical bowler. Some even offer tournaments and league programs that could supplement the bowling league market with a new younger audience.

Consumer pricing of VR games and attractions ranges from $3 per game to more than $50 per game. The rough guide is $1 per minute of play, but some can go as high as $3 - $4 a minute. The total cost of buying and operating the attraction should factor into your pricing.

Virtual reality offers another bite at the video game apple. Will virtual reality headsets eventually make it into every home in the country? Probably. But it will take years, maybe even another decade, before that happens. In the meantime, there's a blue ocean of opportunity for the bowling industry to offer these amazing experiences to a whole new generation of customers.

As Bob Dylan sang, “The times, they are a-changing." And we better keep up with these times! Let’s build a new generation of fun lovers.

Check out more information about Virtual Reality at www.bobcooney.com